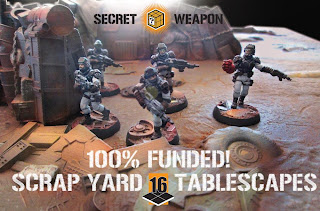 So I've been... just a bit busy working to launch a new product line for Secret Weapon... and we kind of, sort of, maybe funded in the first 30 hours of our Kickstarter campaign. Seriously.

We have 28 days left to unlock the additional themes, and I'm already unveiled some shiny new mini-goal options. I am also happy to announce that I will have previews for the official "Secret Weapon - Tablescapes" bag from Battle Foam -- available here as an add-on as soon as we finalize the details.

Check out the campaign on Kickstarter

Posted by Unknown at 10:30 AM No comments:
Email ThisBlogThis!Share to TwitterShare to FacebookShare to Pinterest
Labels: Misc. 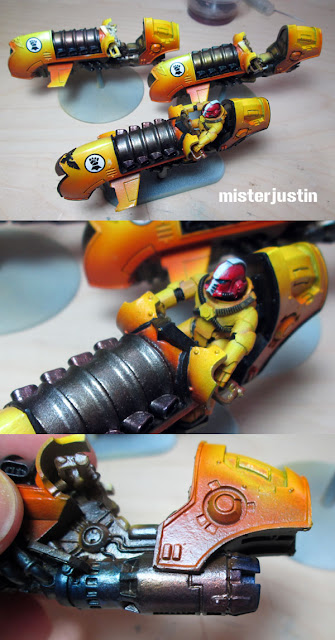 The power armor has been partially shaded with the airbrush, but most of it will be done with a brush so that I can better control the contrast against the jetbike.

I love the models and I'm enjoying the project. There's a display base planned for these three so that I can show them off when I'm not using them.
Posted by Unknown at 3:59 PM No comments:
Email ThisBlogThis!Share to TwitterShare to FacebookShare to Pinterest
Labels: Painting
Newer Posts Older Posts Home
Subscribe to: Posts (Atom)