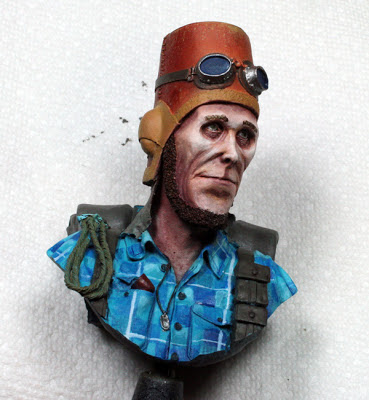 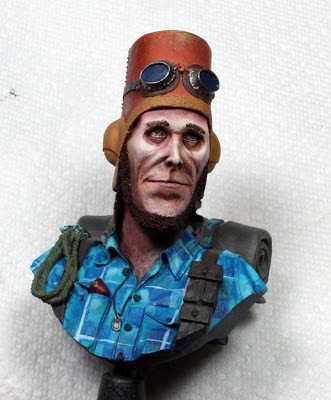 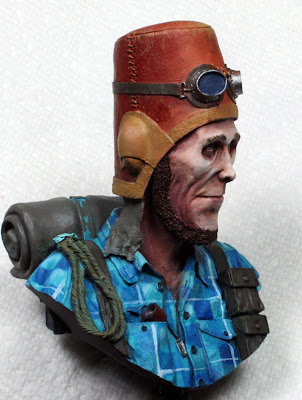 From JMD Miniatures.
Posted by Unknown at 9:31 PM No comments:
Email ThisBlogThis!Share to TwitterShare to FacebookShare to Pinterest
Labels: Painting

So I've been just a wee bit busy with the Tablescapes Kickstarter Campaign, but I did manage to make it to Adepticon this year and enter the Crystal Brush with five models... one of which took gold! 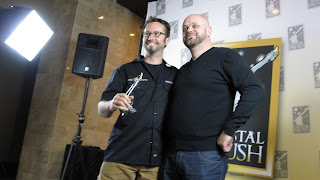 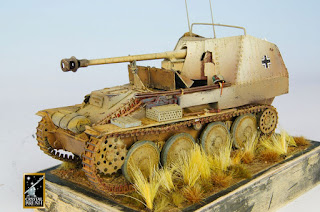 I have to say that if one of my models was going to win I'm thrilled that it was my historical vehicle entry.

As the sponsor of the "Best Weathering" category I also asked Roman and Raffa for their opinion (Roman was judging Crystal Brush - top photo) and their reply was, "There's a German tank that is very good. The open artillery piece." I got to smile, thank them, and ask for a second choice... because I couldn't win my own award. That's probably the best compliment I've ever received on my work.

Of course then I got home and managed to drop my Crystal Brush trophy. All six pieces are sitting in their box. I am a sad, sad panda.

And now the model just has to survive until the California IPMS regional event this year....