I took a little break from the Hello Kitty car to work on this converted Nurgle gunner, using the WFB Nurgle Lord body with a new head, and the heavy bolter in place of the axe.

At this point only the armor on his legs is finished, but the rest is coming along nicely. I'm actually going to re-paint the gun in a blue - slightly lighter than the cloth you can see on the back of him.

I also need to do some touch-up where he was dropped on his back. OOPS!

The base was made by Roman Lappat of Massive Voodoo fame, and the ammo belt is from Dragon Forge Design. 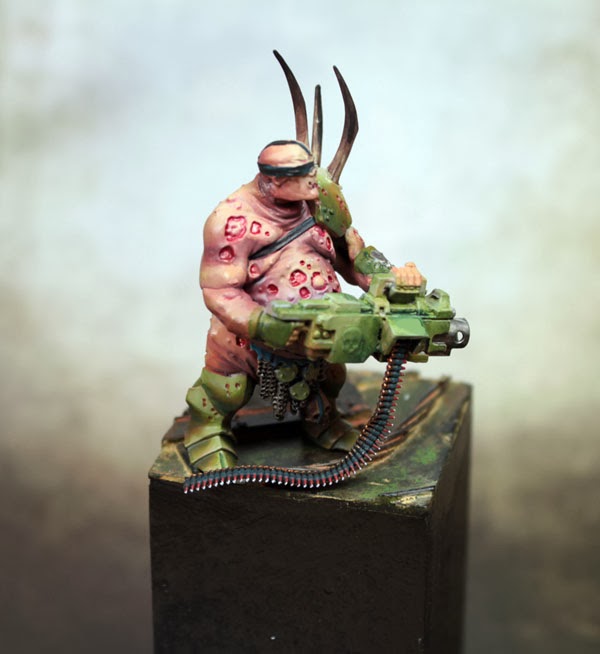 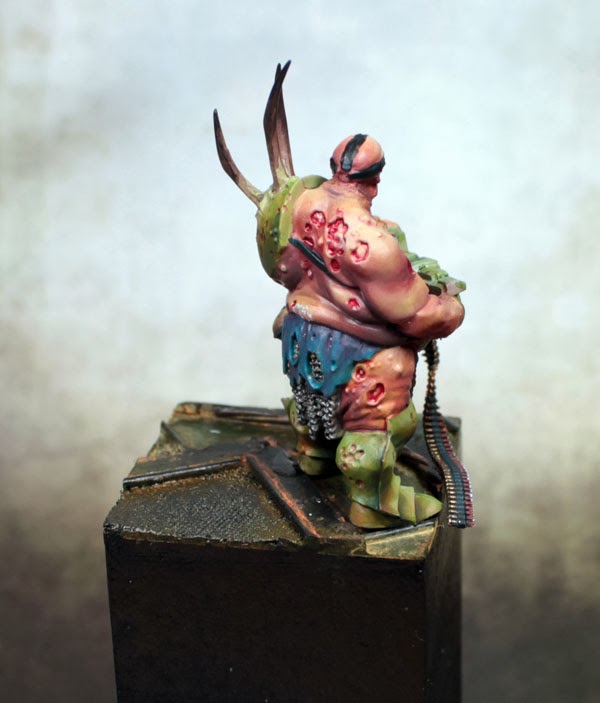 Posted by Unknown at 3:12 PM
Email ThisBlogThis!Share to TwitterShare to FacebookShare to Pinterest
Labels: Detailing, Painting